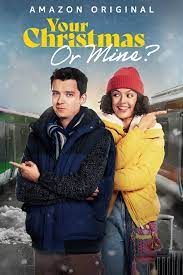 Most of the plotlines in Love, Actually have aged poorly, but there is one that still rings true to me: when Colin, the doofy hornball, flies to Wisconsin in order to seduce American girls with his British accent and succeeds beyond his wildest dreams. In England, he's just a guy, but in America, he's a guy with a British accent. Whenever I meet someone with a British accent, I'm instantly charmed and inclined to think they are smart and funny. It's like a cheat code to my good graces. Which may have something to do with how much I enjoyed the new Amazon rom-com Your Christmas or Mine.

James (Asa Butterfield) and Hayley (Cora Kirk) are new sweethearts who met at university and are headed home to their respective family Christmases. They are in the fuzzy, buzzy stage of their relationship where they don't know much about each other beyond how much they like being together. James spontaneously asks Hayley to come home with him and she turns him down, but once they are on their separate trains they both start to reconsider. At the last moment, they each decide to surprise the other by joining them for their holiday. And so they head off to each other's homes, where they'll learn more about each other than they ever dreamed. 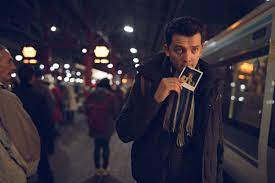 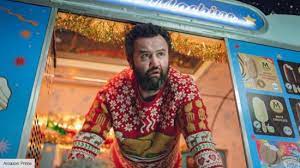 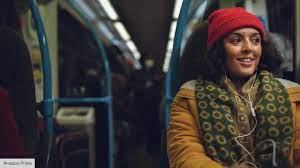 James and Hayley come from disparate backgrounds, and the movie does a good job of demonstrating why each would be attracted to the other despite/because of their differences. James is charmingly bemused by Hayley's loud, brash family, while Hayley's natural cheerfulness can't help but melt the heart of James's cold aristo father. This movie features a slutty aunt (one of my favorite holiday movie tropes) who instantly thinks that Asa Butterfield is the hottest man she's ever seen, which is sort of confusing because even on the British accent scale he's a lot closer to Paddington Bear than Hugh Grant. I laughed out loud more than once, particularly at Hayley's father (Daniel Mays) who is constantly muttering perfect one-liners. At a breezy 95 minutes, there's no time for the premise to get old, and the Christmas-y message about imperfect holidays making the best memories was sweet without being treacly. Overall, I really enjoyed this movie, and I think you will too!

What’s on your favorite holiday movie trope? Let me know at lily@lilycahill.com!